Good old mojo mumbles has left London Bridge and after a couple of belts of Jack Daniels sets off for Padders. Echoes of distant applause rings in his ears.
Tube train glides into Padders and keeps gliding. Helpful announcement says Padders is closed on this line so you can go to the next stop and walk back. Make that run in the sun,in this case. O joy! Loosely wrapped rucksack sheds bits. Dubious personal items litter the footpath.Dogs growl.
Arrive at platform 300 to just get on the Totnes train in the nick of. Thrown out of first class. At last ,dump sack in the right carriage. This triggers an astonishing train (!) of events. At the precise moment the bag hits the floor there is a piercing alarm siren, somewhere between an air raid warning and a car alarm. Fellow passengers nervous. Even more nervous when they notice that the front of mumbles jacket was rather lumpy AND his infrequent visits to the shower or bathroom gave him a middle eastern appearance. Fellow travellers eyes were almost as white as their knuckles.
What to do? Mumbles blocks the doorway. Worse , he starts rummaging in the sack to find the offending alarm clock.Garments were produced that hadn’t seen the inside of a washing machine since Woodstock. Underwear the worst culprit. 50 999 calls were made simultaneously. Mumbles shuts off the noisy alarm clock, takes his spare socks from inside his jacket, produces a copy of Good Housekeeping ,tunes his IPod into Woman’s Hour and settles down to read as a fully armed riot squad whacked the carriage next door. Nobody had seen him do a discreet re- direct as they approached. 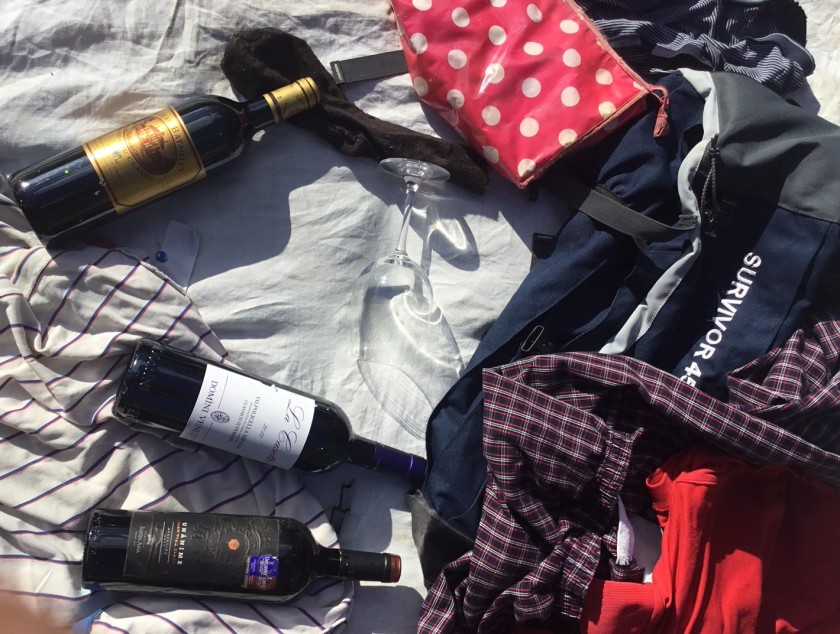 Wonderful piece in Good Housekeeping on how to train (!) men to see the error of their ways, WITHOUT making lists!!! Great reading all the way to Totnes.Time for another rinse or three and a spliff. He needed that. His buddy Paul a teensy bit prim….never mind..

A day at the races… or two… or three…

Not long ago…..Picture the scene: A local female tennis player plus family arrive at the Uckers station…earlyish..

But, they are greeted by a geriatric hippie (his face seems familiar) carrying a rucksack the size of a bingo hall! 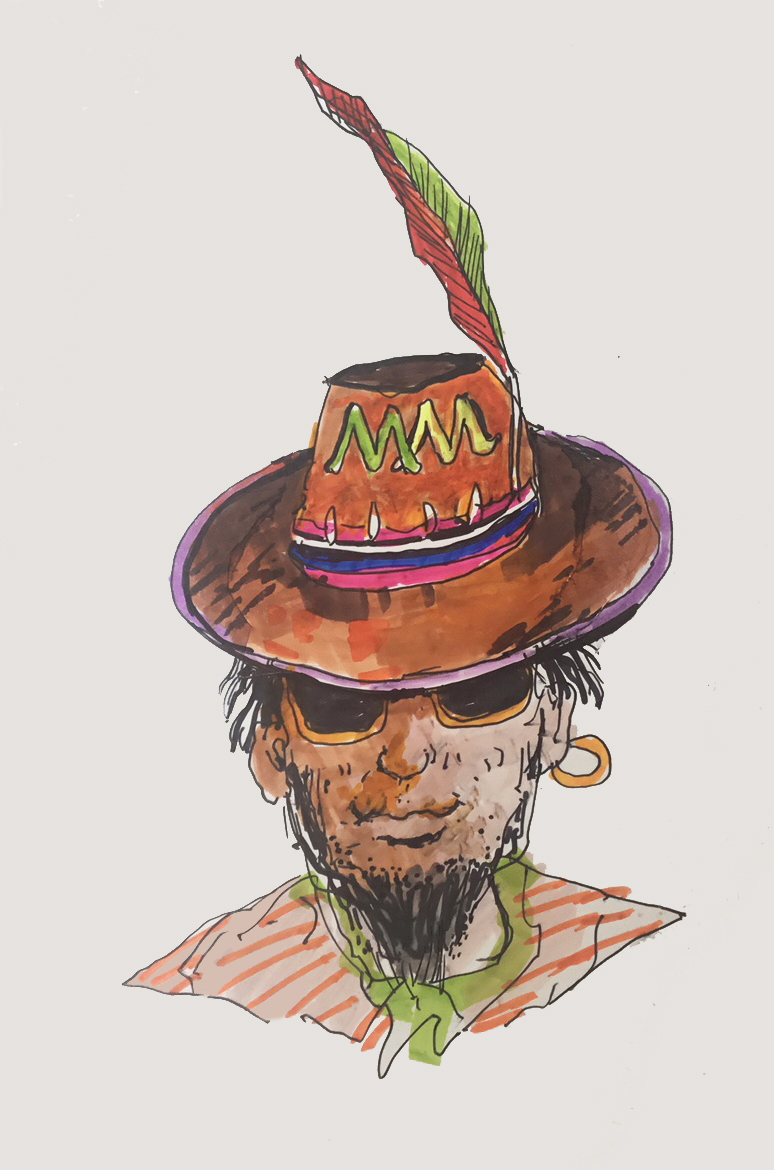 He mojo mumbles. They are confused. Has this poor wind- blown dude mistaken the date for the recently concluded Glastonbury? He hauls on a spliff that nearly ignites his pants. ‘Hell no’, he says in a fair imitation of Dolly Parton,’ My bag is Silverrstftoone, ye’all. (Family comprehension of all this proving  difficult.)  ‘Formulah Warne, you dig?’.
Family were going to town to celebrate daughter’s 22nd. Birthday. They walked briskly to the back of the train. Sighed and settled comfortably… UNTIL. The gentle strumming of an ill- tuned geetah and mouth organ wafted in on a breeze that would strip wallpaper. Ancient hippie rummages in rucksack. ‘Now, lookee here, we is goin’ all de way to Lundun Bridge… bet yo wanna see what I got here’ Desperate daughter says she wants to listen to the Blue Grass band who are getting off next stop to head the bill at the Helluvah Hever Festival. Family follow …….and wait for the next train.
Hippie train trundles into London Bridge. Transport Police summoned. Problems!!
The last three carriages enchanted by the ditty, D I V O R C E which has been  transposed down a third and is now R O S B E R G. sung by our F1Boy….. Huge Hit!!!! They loved it!! Great start. Off to Paddington.