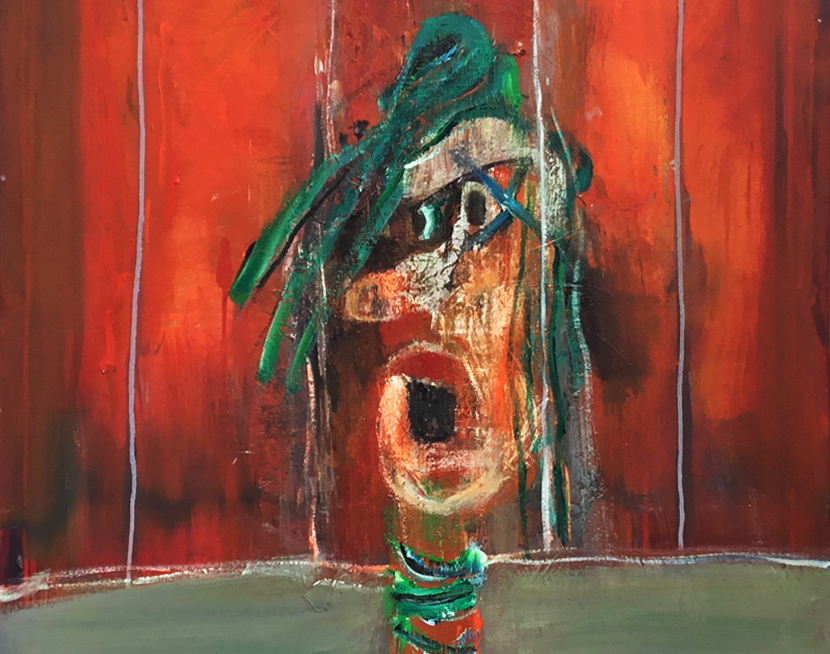 These works represent a lifelong fascination with the powerful imagery of puppetry in all it’s manifestations. It started when I began working in the theatre at the ripe old age of 22.  The puppet shows were, and still are, an international creation,  wonderfully rich and varied throughout its long history. Another world.

Puppets can at once be joyful, humorous, dramatic, dark, and even sinister. From shadow puppets to marionettes and a huge variety of other forms, puppets and puppetry dates back thousands of years and across many different countries and cultures.

They also have a place in art history, with puppets created by artists such as Paul Klee and Kurt Schmidt.

In these strange times, restricted, quarantined, we are trapped, full of life and yet unable to move freely. There is also an air of surrealism, not only in the context of this pandemic, but in politics and society as a whole.

Below are some of my recent works, completed during isolation, but they are part of an ongoing body of work featuring puppets and masks, and sharing some commonalities with other bodies of work such as my Victims series and Shrines series.