The big game of the day was marbles. About a 2 metre ring, inscribed in the grass or gravel was surrounded by players who simply  had to knock the opponents marbles out of the circle with a well aimed shot. Every now and then bigger kids would appear with soft clay on their boots and proceed to walk through a well stocked ring. Bastards.
Never mind that. The joy of these things were the rainbow hued cats eyes red, green blue, and all the rest… Colour again.  I would hold them up to the light and watch the colours refract and glow, sometimes one to each eye. I would miss my turn doing this. 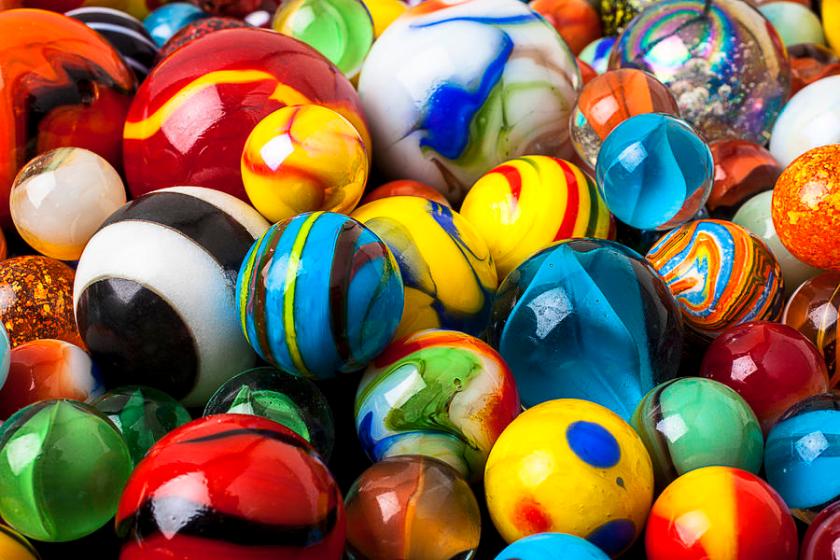 At school I had a two-tier swivel pencil case, a ruler which doubled as a spirit level and a range of soft to hard pencils. They all had a wonderful smell, even the eraser.
All art paraphernalia had a  heavenly scent (like that!) which remains with me to this day.
The walls of our house were bedecked, or spotted with the usual range of ‘furniture pictures’ a phenomenon which has remained largely unchanged in contemporary dwellings. It was mostly agreeable or anodyne stuff that contributed to domestic serenity but was wholly unconnected with the visceral power of painting. Pictures again. Bits of French confectionery (street scenes) rubbed shoulders with exotic scarf/earring portraits which exhibited a certain leaden charm. A blast of the chilly wind of C17 Dutch Protestantism made an appearance,  so at least we had, in these cathedral prints, moved off the picturesque.
But, I wondered, as I gazed across the unique splendour of the Tasmanian landscape, why hasn’t somebody not done something with this? By that I meant not knocking out cosy European models, but establishing the spirit of the place in a new language.
The answer to that came many years later when I was a student in Melbourne.
His name was Fred Williams , an uncharismatic moniker, but boy, did he do what I wished for.  Stunning. Met him in the print studios at the college. Lovely man, an inspiration. Still.

I was born at a very early age…

The aged Dakota DC3 trundled towards a rather basic building at the Hobart airport. It’s piston engines set up a splendid racket and the heat haze smelt pretty good too. This was not wasted upon a wide-eyed 4 year old child bursting with excitement within the confines of the ranch style terminal.

A trip to Melbourne! This prospect opened the door to another world, a much bigger one. One with loads of trains and trams, big buildings, clouds of people and… some of the houses even had stained-glass windows… even the sky was a better shade of blue. But more than that, if this was one door, how many more were there in this world? The child flirted with this open ended concept. The other huge driver in his short life was his greatest wish that he could learn the skills in order to draw these aircraft. The magic was spun further with the plane ride. Who remembers the sloping aisle to the cockpit? You sat in chairs rather than seats. And those boiled sweets! The hostess gave loads to the kids. AND… being able to visit the cockpit and sit with the pilots as they left the Bass Strait and began their approaches to Melbourne. Magic. Try that now.

And yet, greater excitement awaited. His aunts serried ranks of multi-coloured biscuit barrels were stuffed with a cornucopia of goodies. Viewed from today’s healthy diet platform they would be biscotta non-grata. Never mind, the teddy bears, the stars of the show, were little treasures and will forever remain so. The trip from Tassie was a harbinger of things to come. Even at the ripe old age of four it was clear that there is another world outside this insular community.

I started life in a mill town, a good chunk of the economy was predicated on that paper producer. It also established a kind of local real estate hierarchy which mirrored that found in the mill. The town was bisected by a fast flowing river, good for swimming but could be dangerous. My mother did not know how close I came to never writing this stuff when I slipped off a greasy submerged plank. A flailing arm grabbed a mooring rope. The arrival home was tricky… how to get into some dry clothes and look relaxed and happy whilst re-living the suffocating horror of the water closing over my head. I attended a funeral service for a child at about that time. Maybe that WAS me and I have entered a parallel universe. I mentioned this concept to my cat Trevor but he looked at me as though I was a chop short of a barbie.