Meanwhile, still back at the theatre, painting scenery continued. By now I was familiar with the whole set-up . In a long narrow-ish studio, the huge back- cloths were attached to stout wooden stretchers. A gap between the floor and the wall, (together with the aid of an electric motor), meant they could be raised and lowered as and when. Painting the flats and other props was very straightforward.
If one imagines about 200 ice-cream cartons filled with every tint, tone and high colour imaginable, the whole approximating the range of a High street DIY paint retailer, then they were occupying a central table. They were maintained, in exemplary fashion by Steve, the splodger… hardly a flash job description. All water-based, of course. …the colours, not Steve.
Work proceeded well on the Viennese hell. Endless drop shadows, highlights, reflected lights, marbling, wood graining, cast shadows, all the usual old tricks of trompe l’oeil orthodoxy cascaded down. Rather similar to sucking boiled sweets.
BUT WAIT. I was admiring the job I had done on some alcove encased temptress and then became aware of a fellow admirer. A delicious exchange followed.

‘Look’, said our leader, ‘um…hmmmm…this is rather good….ummm ..’
He glanced at his watch…’could you do a few more?’ I glanced at his efforts. Rather me do them than him, I thought.
‘No problem , I said, you go and have a rinse or 3 with your mates and leave the alcoves and little darlings to me.’
Not a lot was said, but it was hugely significant.
Theatre mythology is also huge; Quasimodo, phantoms, ghosts, creaking woodwork, strange meanings, wobbly stairs, all of that.
I usually arrived first in the morning to get the studio opened up.
Up the creaking stairs. I grabbed the handle of the ancient door. Resistance. Push then came to shove.
The door opened a bit to reveal a pair of shoes stuck underneath.
Why the hell would somebody?….. A closer look. There were legs in those shoes.
According to the coroner, the death must have been agonising. Huddled in the foetal position, Steve had tried several exit stratagems, but lethal photographic chemicals had been most effective, at God knows what agony.
To complete the theatrical… because of rigor mortis and the narrowness of the stairwell, his body had to be put in a sling and lowered down on a rope. 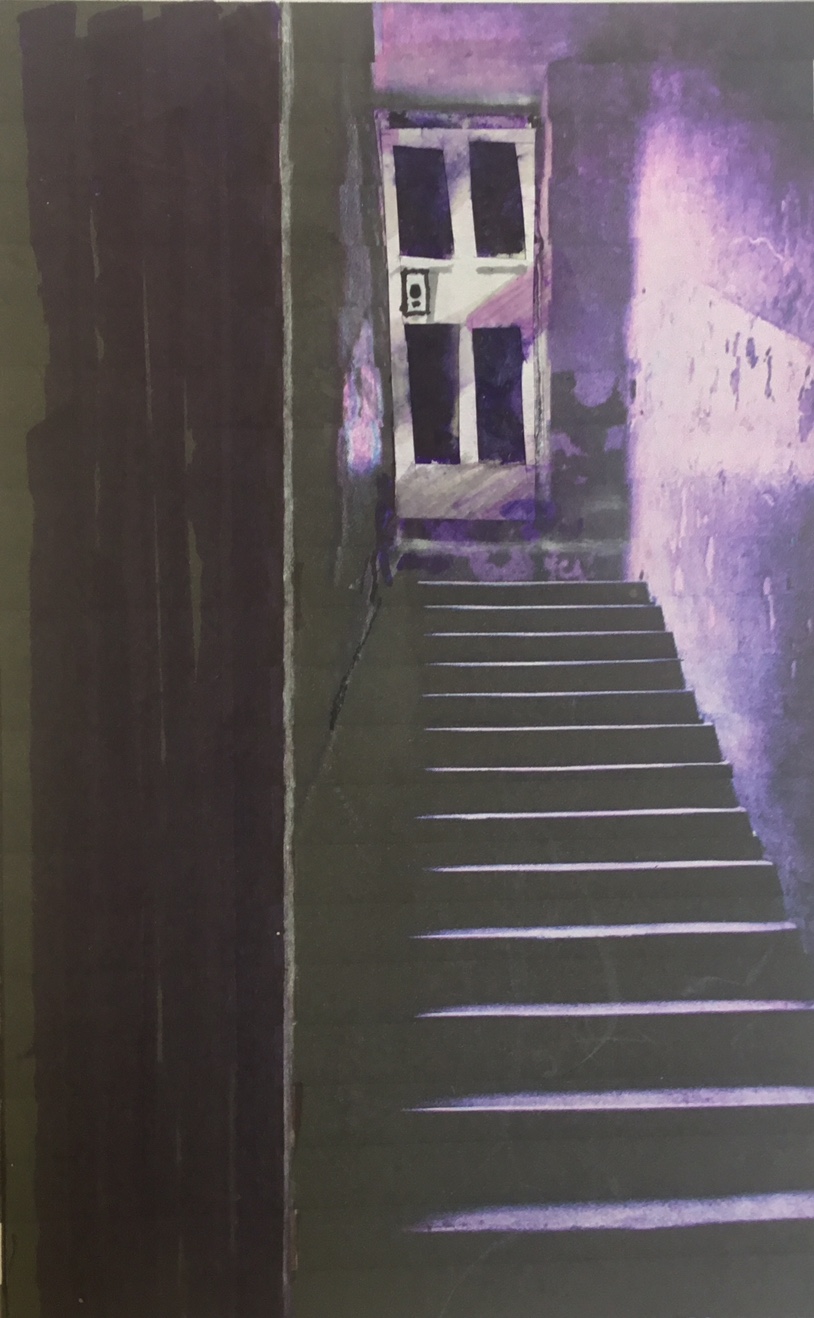 One reflected upon previous conversations with Steve, but there was no indication of what he was thinking. More entry into the world.