Primary school jogged along quite merrily. Caning was commonplace, pastoral care thinnish. But we did learn. The star of the show was the ‘times table’ lessons (up to 12) whereby the head teacher had a primitive but effective closed circuit classroom audio system so that the whole school had tables drill straight after breakfast.
This rote learning, to me at least, has lasted 70 years. Sticking to the brief and general orthodoxy was encouraged. Any deviation (such as when I found copying a prescribed pedestrian rendering of a ship could not compare with my Johnny Depp piratical galleon), was not tolerated.
The correction cane was produced. I saw the error of my ways, and resolved to change the error, not my ways.

Secondary school could have been done locally, but it was commonplace in those days, and probably still is, for country kids to be shunted off to boarding school in the bigger cities. Thus it was. There are some kids , particularly the introspective ones , who should never be made to do this. Communal living was abhorrent, the hand me down English public school hierarchy, complete with prefects and duxes and house masters and matrons, head boys and girls and vast mahogany panels crammed with acres of gilt lettering naming the great and the good, was hugely destabilising. One suddenly realises that there are hoards of people you really don’t want to know about. Ever. How I hated it. 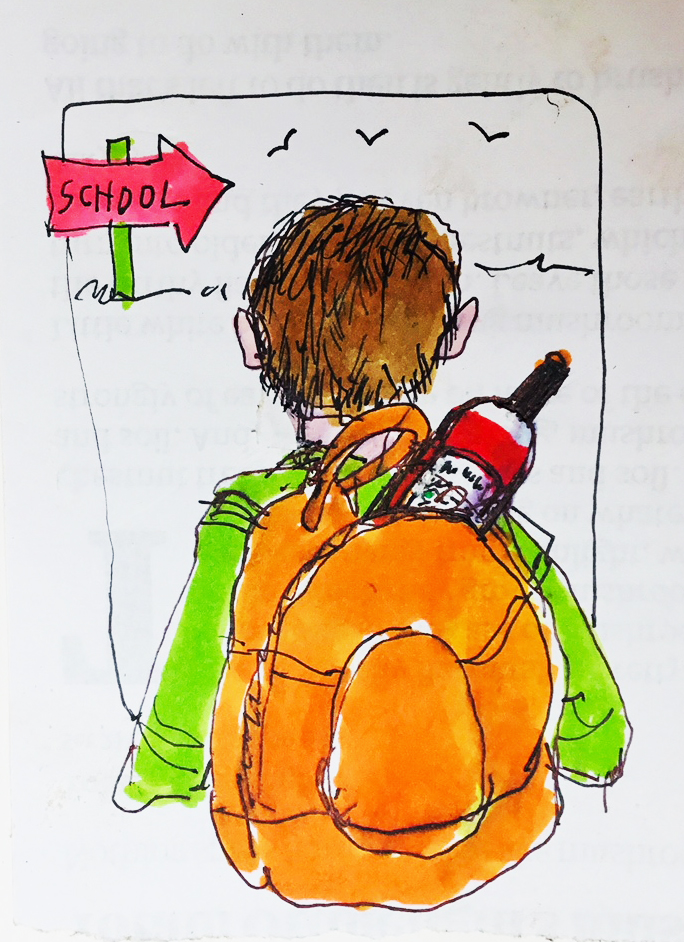 Love appeared in a strange guise at about this time. Her name was Adelaide, or more precisely, Queen Adelaide claret. She had more tannins than an Indian tea plantation, and feeble fruit, but notwithstanding that, the door she unlocked is still wide open.
The joys of a solitary life were made manifest during the 1956 Olympics. Those parents who could raise the wind sent their little darlings off to Melbourne for a week, slightly lesser mortals had a range of outings offered, and I was the only child left in the whole school for the duration. The school must have loved this, I know I did.
My school report linked ones attainments by a simple graph joining up the ‘score’ dots on one axis against the range of subjects on the other. Result: smart kids got a profile rather like that of the Himalayan peaks. I flat lined down in the foothills, littered with C’s D’s and E’s…. Highly amusing reading for my grandson.
Only one comment was in any way prescient ‘Has a deep interest in art and music’.
At least I persevered in Maths, Physics, Chemistry and something else to get my A levels. Yet, there was one sign of enlightenment. In my final year when I was given the nod to attend evening art classes at the local ‘Tech’. Thank God.
At last another door had opened. Praise be the Lord. 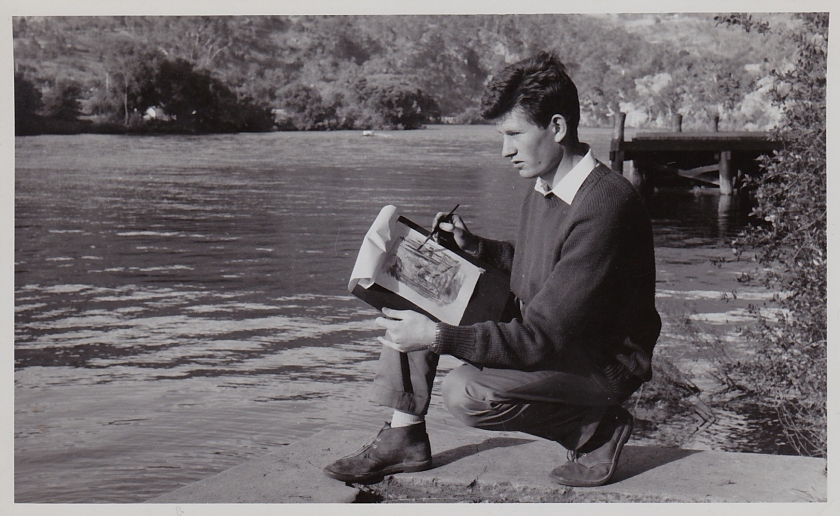